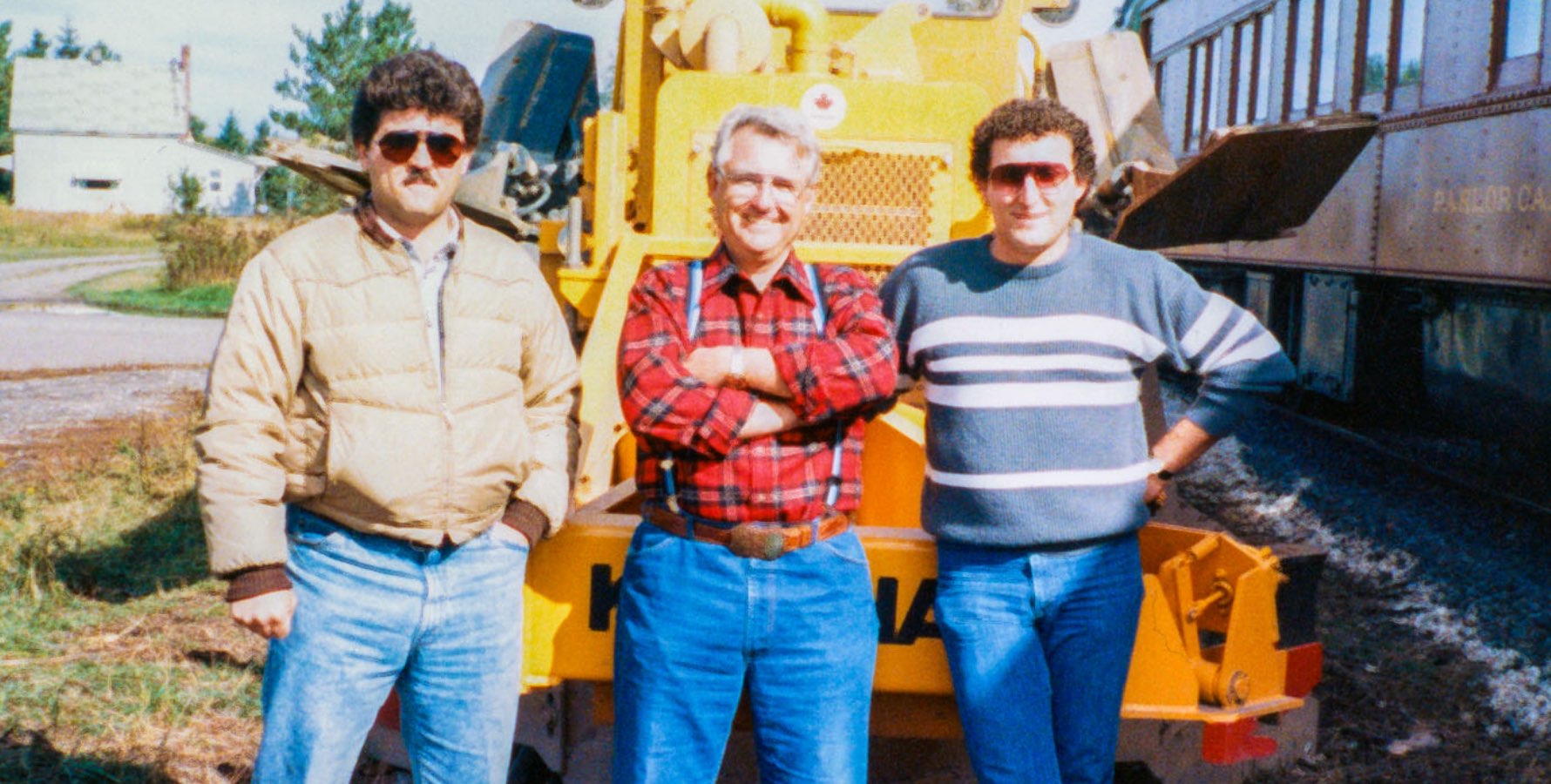 The NRC is pleased to announce our newest inductees into the NRC Hall of Fame. We honor three railroad pioneers who have an impressive resume constructing track but also building our association.

Harold Brace is truly a railroad construction pioneer. But unlike many others, he is not a lifer. He instead launched his career in road construction when he was well into his 30s and made a big impact over several decades.

Harold tells his story this way: “After I got out of Dunwoody (College of Technology), I took a job with Richardson Construction Co in Lake Andes. SD, on a federal dam project making $100 a week. They shorted me on some expenses, so I quit and went to work for SJ Groves in Chicago where I set the first slope stake for the Illinois Toll Road & Tri-State route going into O’Hare Airport In 1957.”

Harold was just 22 at the time with a wife Jeanette and two children Scott and Pat. After two years, he went to work for the Minnesota Department of Natural Resources. In the years that followed, Harold’s family expanded to include Sue and Jeff. They moved 17 times before finally settling in Coon Rapids, Minnesota.

Harold worked in the engineering department for several contractors as well as the city of Albert Lea over the next 12 years. In 1969, he joined Blacktop Service with responsibility for estimating and street, parking lot and road construction.

In 1974, Harold’s career took a turn when he and a co-worker Don Matson – Blacktop’s accountant/controller- decided to purchase Railroad Services, a subsidiary of Blacktop. They grew their Lakeville, Minnesota-based construction business through hard work, minds for business and engaging demeanors.

One of Harold and Don’s most significant contributions to the railroad construction industry started with their involvement with the NRC when it was just getting started. Its primary goal was to be its own union with benefits and wages to provide a means to work on union projects and compete with nonunion contractors.

There were few contractors involved at that time and the Executive Director was a gentleman named Larry Shields, whose prior career highlights involved being in a vaudeville act. The association was on the brink of disappearing when Harold’s partner Don became its president, giving it a renewed focus.

Harold also took on the role of handling the exhibits and vendors as part of the annual trade show and conference held every January then and in the years since then. With the association still struggling financially and in the late 1970s and early 1980s, a handful of railroad construction companies, including Railroad Services, contributed $5,000 each to keep the association going.

Harold was very involved in NRC throughout his career in the railroad industry. He believed that by being an active part of this association and improving the outlook for contractors would improve the entire industry. In the early days, his efforts mattered a great deal as railroad contracting was in its infancy. The NRC’s challenge was to prove that Member contractors could perform work efficiently, productively, economically and, most importantly, safely.

Harold was up to that challenge. He built a significant legacy in this industry, constructing many pivotal railroad projects and promoting the careers of other professionals who also would make an impact. But perhaps one of his most lasting endeavors was the development of the NRC.

Scott Brace’s railway construction industry career spanned 43 years, starting in 1970 when, at age 15, he worked on a tie removal project in Faribault, Minnesota, for the family business, Railroad Services. Scott continued to work for the business throughout high school. Uncertain of what he wanted to do in life after attending college,in 1976 his father Harold and his partner Don recruited him to help lead the westward expansion of the company and run the brand office in Fargo, N.D.

For the next 16 years, Scott built the business and his railroad construction leadership capabilities and expertise. When Harold decided to retire in 1989, Scott purchased his share and moved back to Lakeville to run the company, which had expanded to include an office in Pleasanton, Kansas. Knapp Construction out of Milwaukee, Wisconsin, was added later.

In 1998, Scott and Don sold their company and became one of 14 founding companies now known as RaiWorks. Scott stayed on with RailWorks and helped drive the growth and expansion of its geographic footprint and its customer base. Under Scott’s leadership, RailWorks staked a serious piece of the growing Class I market – including the work in the Bakken region – and became a valued partner for short lines and industry requiring maintenance and new construction services. He also led the successful completion of high-profile transit projects, including the SunRail commuter rail line, the Tucson Modern Streetcar, the Hiawatha Blue and Green light-rail projects and the Dallas Area Rapid Transit Blue Line.

Rick Ebersold, the former President of Herzog Services and an NRC Hall of Famer, said of Scott,“He was always a great competitor — fair and trustworthy. As he became part of RailWorks, Scott carried on the same integrity and high moral standards … He’s just a good human being.”

Brace was active in the industry, serving in leadership positions at the NRC since 1986, culminating as chairman in 2000 and 2001. He also served as a board member of the Minnesota Chapter of Associated Builders and Contractors.

William “Bill” Stout was a pillar of the railroad construction and maintenance industry since 1956 until his retirement in 2010. Bill is a member of the well-known Stout Family of Eighty Four, Pennsylvania. He is one of five brothers who built Atlas Railroad Construction, the company started by their father William B. Stout in 1954.

Bill began working for the fledgling company at age 15 as a track laborer. For Bill and Atlas Railroad Construction, success was hard earned. Bill worked weekends and summers hopping from project to project and town to town throughout high school. He then worked his way through college and committed himself to Atlas.

Bill and his family’s grit and dedication started to pay off in the 1970s as Atlas Railroad expanded operations to capitalize on industrial development in the Southeast and greater public investment in urban transit systems.

Bill assumed full ownership of Atlas Railroad Construction in 1986 after his father’s death and led the organization through the transition from a family enterprise into one of the largest and most successful track construction firms in the United States,

Bill has been involved with the NRC since its inception in 1978 and served on its Board of Directors from 2006 to 2010. He has been a strong advocate for the railroad industry and an active participant in AREMA, The Pittsburgh Railway Club and numerous other industry and political groups. Since his retirement in 2010, Bill has directed his boundless energy toward a number of philanthropic endeavors. 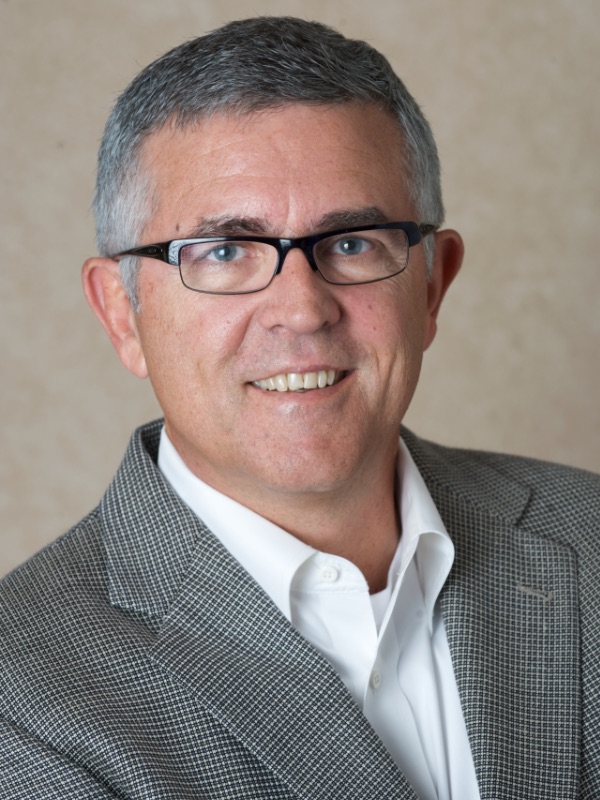 I am really proud to have followed in my father’s footsteps who shaped and engrained in me the importance of the NRC and getting involved. (The NRC) through friendships and dialogue with fellow competitors, relationships with the supply community, and with a vision that private railroad contractors could and would have a seat at the table when it came to building and maintaining our country’s railroad infrastructure … and that we could and would do it safely, efficiently, profitably, and of the highest quality.